I am so excited to announce my first, EXCLUSIVE collectible!

Scifi-Collector.com has partnered with our friends at UK Conventions Limited as the official US Distributor of their Enterprise Edition of the Star Trek Countdown To Darkness Issue #1!

Star Trek Countdown to Darkness #1 is the first installment in a four-issue prequel mini-series that will set the stage for the eagerly awaited Star Trek sequel Into Darkness opening in theaters on May 17, 2013. For the new mini-series, IDW has once again tapped the team behind 2009’s Star Trek: Countdown, namely Roberto Orci, Mike Johnson and David Messina. Johnson has written the adventure, working in tandem with Orci, co-producer and co-writer of Star Trek (2009) and Star Trek Into Darkness, while Messina is handling the artwork.

In the months since the defeat of the Romulan terrorist Nero, Captain James T. Kirk and the crew of the U.S.S. Enterprise have embarked on a voyage of discovery that has taken them across the galaxy. They have explored strange new worlds, new civilizations... And encountered grave new threats to the security of the Federation. None greater than the one they face now.

Trekmovie.com is already calling our Exclusive cover their favorite! "It’s a tough call, but I have to give the nod to Molnar’s Enterprise edition as the best cover. I have no idea if the details of Molnar’s Enterprise are accurate. Don’t care. It just looks cool."

Scifi-Collector.com is the official and EXCLUSIVE North American distributor!  Fans in the UK and Europe can order this amazing comic from Scifi.biz and the official site for the Enterprise Edition is StarTrekEnterprise.co.uk 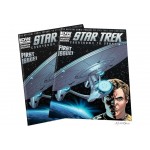 Welcome to the NEW Scifi-Collector.com!
Added in Announcements | 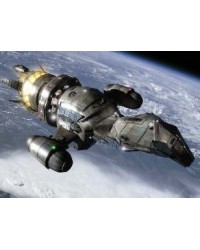 I am so excited to be working on the updated Scifi-Collector shop and launch it's new blog! In case you don't know, I'm Lori Anne Brown and I've been a science fiction fan since I fell in love with the original Star Trek series (in syndication) at the age of 12. I've been collecting just about as long from comic books to toys to model kits. When I was living with my parents and had extra money, I collected just about everything - Star Wars, Star Trek, Battlestar Galactica, and tons more. As I got my own place (and bills!), I've narrowed my personal collection to Star..
Read More